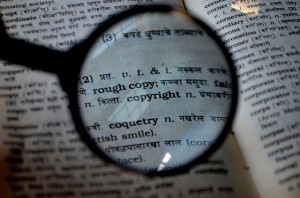 So I wrote here on ways to increase the rank of a website on Google via SEO… one of the strategies was using images with each blog post.

Where did I get these images? Straight off of a Google Images search.

When I downloaded them, I saw the little “images may be subject to copyright” notice, but I figured, how likely is that? I’m still pretty much a nobody, anyway, and am I supposed to email for permission to use every single photo on a blog post I’m not even making any money from? I had (on my other website) four years’ worth of blogs to upload photos for, plus this one, and that would take FOR-EV-ER. So I didn’t bother.

Theeeeen I got a letter last week. I’d mention the name of the company, but I wouldn’t want to get sued for “slander,” and I suspect they’re the kind of company that might do that…

They told me I’d used two of their photos, and taking them down from my website would not be sufficient to resolve the issue. I still owed compensation to the photographers for the time they were on my site. To the tune of $500.

Now on one hand, I did screw up, and I believe in taking responsibility for my mistakes. But $500 for two photos???

They told me that, had I licensed each photo for only one month’s usage on my blog, it would have cost me $250 each—and that’s not even to own the photo, that’s for a month! (To put this in context, I paid $500 for my last book cover, which I had custom made just for me, and I own the rights to it now!)

I attempted to negotiate… I found similar images, made counter-offers, and tried to find loopholes in their math (for instance, while they charged me $250 to lease each photo for a month, they then offered to sell me a one month subscription to download other photos from them for $99, in which I could download up to 50 photos at a time. This works out to about $2 per photo. I pointed this out. But they told me that the photos I had stolen were “much higher quality” and were “rights managed,” hence $2 vs $250.)

I’m pretty sure it was extortion, and nobody in their right mind would ever pay that much for a photo for use on a single blog post that wasn’t even monetized. This is probably how the company stays in business, operating on these kinds of scare tactics.

But… I paid it. Maybe I should have fought harder, but I didn’t want to risk getting a letter from a lawyer.

So the moral of the story, kids? Use royalty-free photos. (In case you are wondering, all the photos on both of my websites are now royalty-free, and all of them, including the one on this post, came from pixabay.com. God bless them.)

I suppose it could have been worse. I mean, I *did* screw up. And, education is expensive!