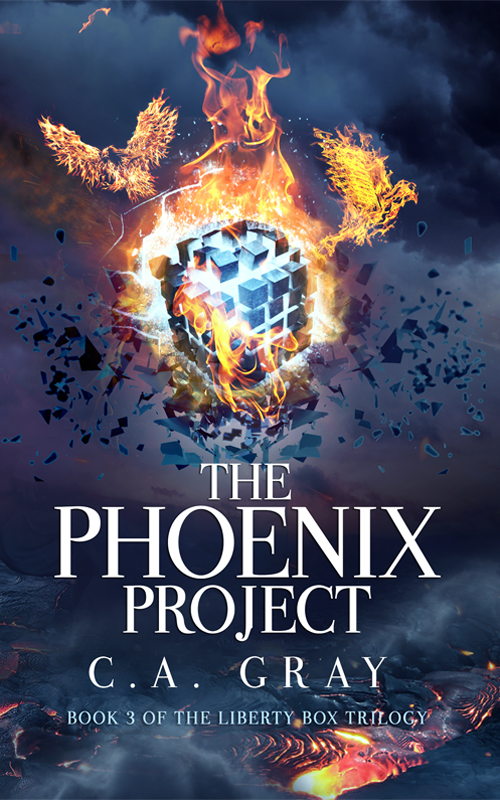 PRAISE FOR THE PHOENIX PROJECT:

“I was on the edge of my seat at times, and I had goosebumps at the end.  It’s been a long time since I’ve had such a strong reaction to a book.  I was so happy to get closure, but on the other hand, I was sad that it was over!” —Lindsey, Lindsey’s Library

“There is no denying that C. A. Gray is a great storyteller. This book was as captivating as the last two, what with all the action and plot twists.” —Samantha, Samantha’s Book Reviews

“I love how balanced this series is, it has the perfect dose of everything.” —Sreepurna, The Lonely Book Lover

“The story… is superbly written. It’s exciting/thrilling and I couldn’t put the book down until I had finished the whole thing. ” —Heather, Krimsunn Pages

“The final book does an excellent job of tying together all the loose ends and drawing the series to a proper end….A very well done series.” —Joseph, Evilcyclist

Are you on Instagram? Make sure to tag your photos of “The Phoenix Project” with @AuthorCAGray & the following hashtags: #TheLibertyBox #ThePhoenixProject #AuthorCAGray