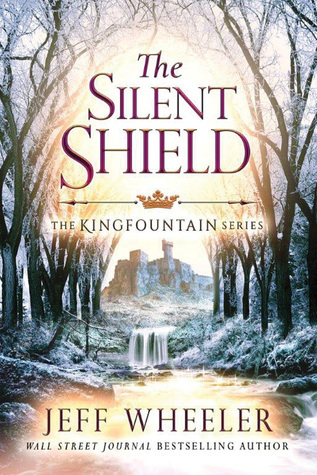 I loved this book, and I’m just in awe of the complexity of this series! There are so many details that I just let a lot of them wash over me, but I have the impression that Wheeler must have outlined a TON to keep all the intrigues and courts and etc straight in his head. But again, the characterization is just so, so good. Lots of spoilers ahead if you haven’t read the rest of this series!

This one follows Trynne again, who now is the leader of the Oath Maidens, and she also secretly shows up in competitions and battles as the Painted Knight. She is the Lancelot character, which I kind of suspected, but I couldn’t figure out how the whole Guinevere/Lancelot story was going to go down if that was the case. Turns out, he just left that part of the legend out altogether. She plans to compete in the Kingfountain Gauntlet for the seat at the Round Table called the Siege Perilous, the one reserved for King Drew’s protector now that Owen is missing. The Fountain has whispered to Trynne that it will be hers, but several turns of events make it seem like this is impossible. The way it’s ultimately fulfilled is completely unexpected–so like God, whom the Fountain clearly represents.

One major complaint, though it isn’t really a critique, just a disappointment: Wheeler really likes to set us up to root for couples that then don’t end up together, and marry other people out of duty instead! I like the fact that this makes his books unpredictable, I suppose, and in the case of Trynne and Fallon, he really kept me guessing. I love the fact that on many occasions, Trynne has good reason to doubt his loyalty, as well as Morwenna’s (the Morgan la Fay character), and yet they redeem themselves in the end. Nobody’s a cardboard character; they’re all very complex. Yet the fact that Trynne so often doubts Fallon makes it pretty impossible for them to end up together, I suppose. I was just hoping for a redemption of the Owen/Evie story in their children. NOPE!

But, romance is a minor enough part of the plot that this didn’t ruin it for me. One more book left in this series–can’t wait to find out how it ends!