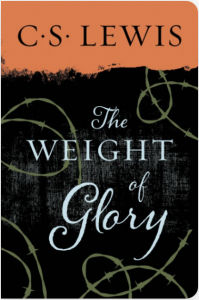 Absolutely brilliant, like all of C.S. Lewis’s non-fiction. He is, hands-down, my favorite modern philosopher. He had this incredibly precise way of thinking, combined with an excellent command of language, such that he could nail down precise definitions and make distinctions that would seem fuzzy to most people. His analogies are both perfect and humorous when appropriate, with his classic British wit. I almost feel like I know him when I read his prose, like he must have been incredibly likable too–which is itself quite unusual in one so clearly brilliant.

This collection of essays are grouped together in no particular order that I can tell. They were written in response to specific questions regarding Christianity asked to him by readers and listeners. The first one is the best, I think: he writes the best explanation I’ve ever heard of how the heavenly realm likely corresponds to that of earth, as a place more real than this one, almost the template of this one (as the writer of Hebrews implies). He dramatizes this concept at the end of “The Last Battle,” too. I’ve recently started watching a PBS YouTube series on the emerging scientific theory that our universe is “holographic,” in a sense a projection from a deeper reality. I immediately thought of Lewis’s description here. The same essay also touches on such esoteric concepts as the nature of beauty (what it is about it that draws and compels us) and others address our desires as God’s means of wooing us to Himself, and why he was not a pacifist (during the time of the second World War), among other topics. I feel I need to reread more of Lewis’s other nonfiction now.