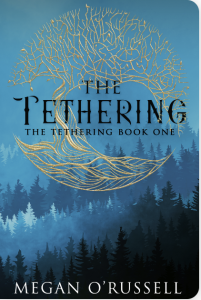 I loved this! A terrific blend of romance, great characterization, and fantasy a la Harry Potter (at least insofar as there are witches, wizards, wands, and spells in Latin, though I suppose to be fair, those things existed in literature long before Harry Potter.)

The intro was such a clever way to encapsulate years of a relationship, and hooked me immediately. In short chapters with only a paragraph or a few paragraphs each, O’Russell covered years of Jacob’s and Emilia’s childhood, showing (rather than telling) exactly why he fell in love with her when she was kind to him at school. Then she disappeared.

The rest goes very quickly, too. In a moment of tragedy, like so many other archetypical wizards, Jacob accidentally releases his power, and finds himself whisked into the magical world, where he is reunited with Emilia. It’s been four years since she vanished from his life. Unfortunately, now she has a boyfriend who is basically the Draco Malfoy character (though for a better reason: he knows Jacob is a rival for Emilia). Meanwhile, rival wizards (basically the Death Eaters) seek to rule not only the magical world, but humans too. They’re tired of hiding in the shadows, and want to come out into the open, even if it means war.

I guess there was really a lot of overlap with Harry Potter, but I didn’t mind–I miss Harry Potter, and the characters, relationships, and dynamics are so very different in this story that it still felt fresh. I immediately downloaded the next one!

Violence: there’s some torture towards the end. It could be more gratuitous than it was