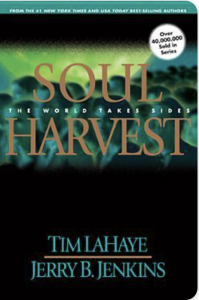 The earthquake that concluded “Nicolae” left Chloe and Amanda, Rayford’s new wife, unaccounted for. Buck presumably survived the earthquake due to his proximity to Rabbi Ben-Judah, one of the sealed 144,000. Rayford survived because of his proximity to Nicolae, and because he was in the air at the time. But the worldwide earthquake from the sixth seal of judgment otherwise wiped out 1/4 of earth’s population. There’s utter chaos and devastation everywhere.

Buck searches frantically for Chloe, believing her to be in the rubble of their home. Rayford hears from multiple sources that Amanda was on a plane that crashed and is now underwater, and Carpathia tells him that it is too difficult to drag up the plane to verify for him that she perished. Rayford just can’t believe that she’s dead though. He especially can’t believe the reports he hears from many sources that she was a plant all along, reporting back to Carpathia on him. But he’s obsessed with first finding her if she’s alive, and clearing her name even if she’s not. The gloves come off with Carpathia, and he no longer shows even a modicum of respect for him.

Rabbi Ben-Judah is also now in hiding, being sheltered by the Tribulation Force, but broadcasting his biblical teachings to the rest of the 144,000 Jewish witnesses via the internet.

Hattie, too, is missing–but Rayford and others begin to suspect that if she survived the earthquake, Carpathia intends to kill her and thus dispose of both her and the child she’s carrying. This is later confirmed when Carpathia reiterates that he wants Rayford to break up with Hattie on his behalf, but Rayford learns that it’s a trap: he wants both of them in the same place so that he can kill them cleanly. Buck goes to rescue her instead, though, and the trap meant for Rayford gets sprung upon Buck instead.

New converts are added to the number of believers in droves, as the title suggests. The earthquake finally convinces many of the survivors to turn to Jesus, and Carpathia’s modest appeal is revealed for the power grab it truly is. The “prophet” is also revealed as Carpathia’s right-hand man, Fortunado.

The action continues, and I still raced right through to the end!