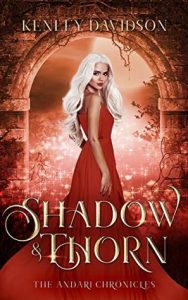 A unique retelling of Beauty and the Beast! Each of Davidson’s fairy tale retellings are so loose that if I didn’t know going in what it was that she was intending to mimic, I might not have even guessed it.

Alexei was a minor character in the retelling from the Twelve Dancing Princesses, and he suffered a disfiguring fate in that story, which is essentially what rendered him “the Beast.” He returns to his home nation to find that his otherwise abandoned castle is currently occupied by a treasure hunter named Zara (Beauty), and a cat, who turns out to be the embodiment of the castle itself. It isn’t Alexei that imprisons Zara, but the spell upon the castle itself. The castle (as played by the cat) informs the two early on that they must marry, but both rebel against this.

The primary villain in every story is Rowan Tremontaine, the former crown prince of Andari. Ousted by his own nation essentially for being a ne’er do well in favor of his younger brother, all his machinations revolve around finding a way to not only win back what he lost, but to expand his power into neighboring nations besides. His interference nearly topples the kingdom and results in Zara’s death, but one thing you can count on in this series: there’s always a happily ever after.