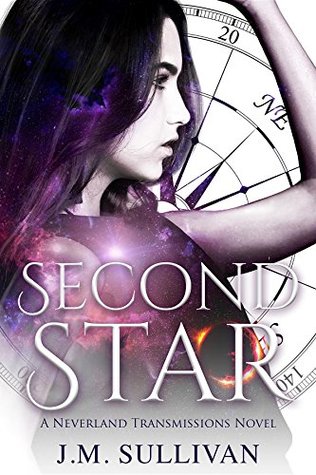 This was an enjoyable and creative retelling of Peter Pan! It reminded me a bit of Cinder, in that it was a sci fi version of the well-known classic. Peter is a mechanic on a space ship called the Jolly Roger, captained by James Hooke. The “Lost Boys” are kids who became his indentured servants. Tinc is a nanobot Peter programmed himself. Wendy, meanwhile, is a captain in a fleet sent to rescue the vanished Jolly Roger and Captain Hooke, and her “brothers” are two of her fellow crew members and best friends, Johns and Michaels. This by itself was so clever that I was quickly hooked.

A few things I’d have changed, though: there was a lot of exposition. Peter and Wendy (and their respective crews) don’t even meet until about halfway through the book, and the stories lagged a bit until then. When they do finally meet, at first the chemistry between them is amazing, but it quickly became too much. I could have done without about 2/3 of the blushing and heart skipping and longing gazes. I did like the fact that it was mutual, though: in the original Peter Pan, Wendy fell for him (though they were both clearly kids) and Peter seemed to feel the same but he was unaware of his own feelings. Then, toward the very end, there’s a curveball love triangle all of a sudden that wasn’t set up at ALL and seemed very out of character.

Those complaints could have been fixed with one more pass of editing, really. They took me out of the story a bit, but did not keep me from enjoying it overall. I’d definitely recommend!

Language: none (Peter says “shyte,” which I find endearing).

Sexual content: none (unless you count one sappy make-out scene)