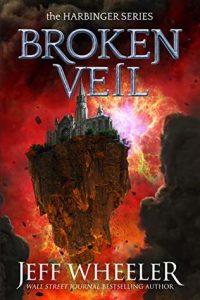 I’m so glad I finished this series after all! As before, I can’t really review this book without spoilers, so be forewarned…

While I understand that Prism Cloud had to perpetuate the conflict if the series was not completely over, I REALLY didn’t like the conflict it created, and it led me to believe that my favorite character was hopelessly irredeemable. Thankfully that was not the case: it did not take very long for Cettie to become disillusioned and for the proverbial scales to fall from her eyes in this book. But because she had betrayed so many while she was still deceived, she felt that she could never truly be forgiven, which created a new conflict that lasted until the end of this book. This was a conflict I could bear much better, though. I loved how Cettie’s story also intersected with some of the main characters from the Kingfountain series, and how, like Trynne, she too becomes an Oath Maiden. I’m so glad Cettie’s power and skills are fully realized and put in service of goodness.

While Sera does get to marry Trevon, they are separated before they can consummate the marriage, and it looks as though all hope is lost for them as well, even as she takes on her role as Empress. She also learns at the end of Prism Cloud that she has been the subject of a dreadful prophecy, that she will do something which will essentially trigger the apocalypse. This raises the always fascinating question of whether or not one has true free will, when a prophecy foretells what one will do? In this case, it is resolved in a very interesting and rather unexpected way, and what transpires appears to be more or less a retelling of parts of the biblical book of Revelation.

That said–the story ends with a happily ever after for everyone involved, at least “for now.” I fully expect another series from Wheeler, set in the same world, but about 1000 years in the future for the final installment!