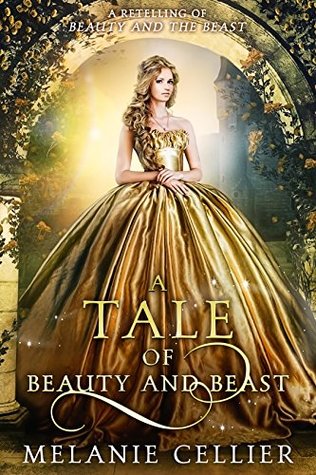 I’m a sucker for fairy tale retellings as a general rule. I know they’re a fad at the moment, and I already know what’s going to happen, but I don’t care. I love them anyway. I did try the first book in this series (a retelling of the dancing princesses), but rolled my eyes at the concept of a Princess Tourney and gave up. The only reason I read this one was because they were both free on Kindle Unlimited. While this book referenced events that occurred in Book 1 quite a bit, I could piece together enough and still got far enough along to get hooked.

Sophie, apparently the winner of the Princess Tourney in book 1, goes to the land of Palinar to collect her “prize”: the cursed Prince Dominic, aka The Beast. A few twists rendered this retelling different from the Disney version, aside from different names of the characters. First, Sophie has an identical twin sister, Lily, whom I gather was the lead character in Book 1. The two of them share a mind connection that enables them to hear one another’s thoughts. Second, the curse on the castle servants doesn’t render them live inanimate objects, but rather shifts them sideways into a new dimension, which I thought was clever. But Sophie’s connection with Lily enables her to hear the servants speak as well. Also, the Beast’s curse renders him unable to speak, but because Sophie can hear the servants speak in her mind, she can hear the Beast in the same way.

Other than that, the story plays out very much like the original. I like Sophie’s character–she’s got spirit without being brash, and I think her relationship with the Beast is believable. One issue I always had with the original story was the idea that the Beast isn’t just an ugly man. He’s actually an animal, yet she falls in love with him. Hard to suspend my disbelief on that one. This story sort of straddled the line there–she calls him Beast, and he’s big and has a misshapen jaw, yet she can see his pallor and things like that, which implies at least he has skin. She also comments that despite the curse, at times he looks rather handsome, which I assume implies that he looks human to some extent too. The climactic scenes were well paced and mostly well done, with the exception of one suuuuper cheesy line. 🙂

But I do plan to read on in the series–or all of her series really, since apparently they’re mostly fairy tale retellings in one world or another!