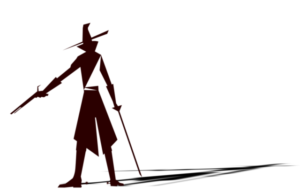 After reading “The Eden Conspiracy,” one of my street team members said to me, “I really want to see more of Ben Voltolini! Can you write a novella of his back story?” Now, my husband had told me from the beginning of “The Liberty Box” that Voltolini was the most interesting character, so I’d purposely written in more Voltolini scenes in “The Eden Conspiracy” just for him—but my husband always seems to like the villains best. I didn’t think anybody else would feel the same way. Several other street team members chimed in that they wanted the novella too, though. So, on the plane ride to my conference in Salt Lake City, I took a pause on the third book in the trilogy and instead started brainstorming Voltolini’s back story in my journal.

One problem I’m having with this is perspective: when writing “The Liberty Box” and “The Eden Conspiracy,” while I told Kate’s and Jackson’s chapters in first person, I purposely told Voltolini’s chapters in third person to maintain a psychological distance. First person implicitly invites the reader to sympathize with the character speaking. He’s a villain—do I really want people rooting for him? Yet Voltolini’s back story almost has to be heavily psychological. It’ll be action packed too, I promise, but much of the action is driven by his mindset and subsequent choices. That means I’ll have to go into his head a lot… so I’ll either be in first person or third person limited, no matter what I do. I’m toying with the idea of an unreliable first person narrator, but it’ll be something of a tightrope here. I want the reader to understand why he does what he does, maybe even to the point of sympathizing a little bit… but without truly rooting for him.

Most of my novels so far have been quite plot-centric, but as I said, in this case I’m starting with a character whose personality is strong enough to drive the plot. So I began by researching the psychology of narcissism and megalomania.

It just so happens that at the moment, I’m also taking this online course, “History’s Great Military Blunders and the Lessons They Teach.” My mom is taking it with me just for fun, and we email each other thoughts and notes on each chapter. (Her notes are way better than mine, though.) The chapter I just listened to was on Napoleon, and I couldn’t ask for a better character study! You’ve heard of the “Napoleon Complex?” Literally, Napoleon believed he was unstoppable, that he was destined to rule by divine right—in fact, centuries later, Hitler adopted much of Napoleon’s verbiage when describing his own conquests.

This inevitably led me to research Nietzsche’s philosophy, and particularly the concept that certain “overmen” are born to rule the masses. The crux of the “overman,” or superman philosophy is that morality, while useful for the average man, has no bearing on reality. This is because morality is a higher law, which presupposes a Lawgiver. But in his nihilistic philosophy, Nietzche asserts, “God is dead”—therefore there is no Lawgiver, and there cannot be such a thing as right and wrong. Morality and religion are merely a crutch for the weak, and neither applies to the overmen. These were born to rule.

But this very philosophy leads to another interesting facet of megalomania: as King Solomon wrote in the biblical book of Ecclesiastes, the achievement of every summit of pleasure or glory only reinforces the nihilistic conclusion that nothing matters. “It’s all meaningless,” says Solomon, “a chasing after the wind.” Unlike the megalomaniac, though, Solomon concludes at the end of Ecclesiastes that the only value to be found in life is in serving God and doing what He says. The megalomaniac feels this same emptiness, too—but instead of giving up, he turns to yet another summit of achievement. It’s an endless, futile search for ever increasing glory, power, and pleasure—like an addiction, assuming that the next mountaintop will finally bring the fulfillment he seeks.

The great irony is that, while Voltolini will in his later years brainwash an entire nation to believe lies, he’s spent his entire life lying to himself.

If you haven’t signed up for The Elite, please do so for updates on when the novella is available! As a bonus, you can even download Book 1 of “The Liberty Box” for FREE! Simply fill out the form below and be sure to click the confirmation link in the email I send you to complete your subscription.