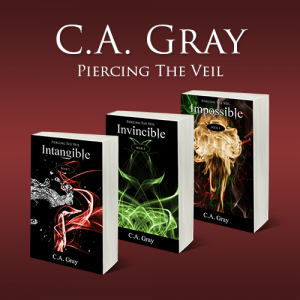 My First Step to Self Publishing: Get Over Myself

I finished my first book, “Intangible,” in 2011. At the time, I had a very specific vision, and it’s probably pretty typical for someone ignorant of the industry: I queried a bunch of agents, fully expecting that I’d find one within a few months. Then my agent would pitch my book to Random House, I’d get a fantastic contract (maybe not with a *big* advance, but I’d get an advance of course), and the rest would be history. I’d be signing movie deals within a couple of years.

That isn’t *quite* the way it went.

I wrote here on why I ultimately went the self publishing route… but man, oh man do I wish I’d jumped on that bandwagon in 2011! That was right when self publishing started taking off, but the competition was still just low enough that a few authors could hit it big. One of the agents I queried wrote me back and told me that’s what I should do, but I wasn’t ready to hear it at the time. It took a bad experience with a traditional publisher for me to finally decide to give self publishing a shot in late 2013… and by then, my market (YA fantasy fiction) was already SUPER saturated.

I’m still learning, obviously. But if you’re hoping to self publish too, here’s what I did so far that’s worked.

The Steps I Took to Self Publish

I’ve tried a lot of other marketing strategies (auto-tweeting– because who has time to tweet all day?, Facebook posts, blogging — though I’ve had a heck of a time figuring out what to blog about, free giveaways on Goodreads and on Rafflecopter, in-person book signings in Tucson), but so far the ones that really made a difference are those listed above.

Lots of the advice I hear from other self-published authors is to just keep writing and putting content out… and I just finished the first draft of my next book and sent it to Lindsay. So I’m working on that too!

Bottom line: I won’t lie, fiction is a saturated market, and hard to break into for self-published authors. Probably that’s true of the vast majority of traditionally published authors too. But I know like all artistic dreams, this is a marathon, not a sprint. So I keep reminding myself what everyone tells me so that I don’t get discouraged: “It’ll take ten times longer than you think it will! Just don’t give up!”