My rating of The Golden Key: 4 stars 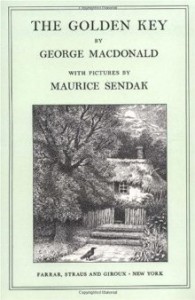 This was of the old-school fantasy variety: i.e. heavy on plot and morality and light on characterization. I enjoyed the last one the most (Birth of the Christ Child, I think it was called) because there was more characterization in that one and so I cared what happened to the characters more. Also, the characterization contained seeds of a morality tale in them (as did all the stories, but in some they were harder to pick up on than others.)