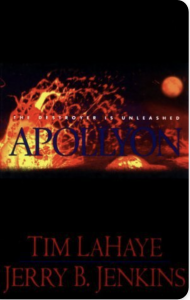 I can’t totally say why this book didn’t do it for me. It might have been because I wasn’t paying close enough attention, though usually a fantastic story will hook me such that I can hardly help it. I think it’s more likely that it just felt like more of the same, though. I could point to specific character progressions in the earlier books, intrigue or mysteries that came up and had yet to be resolved. In this one, Hattie gets poisoned by the GC and (spoiler alert) loses her baby to miscarriage, and then decides she wants to assassinate the Potentate in vengeance. Her doctor, a member of the Tribulation Force, falls in love with her for reasons unknown even to the rest of the characters, because she’s as ditzy and unlikeable as ever. Meanwhile, Chloe’s pregnancy advances and it seems like there might be complications. There’s a worldwide rally in Jerusalem of the 144,000 witnesses. All the members of the Tribulation Force are in hiding.

But, it all just felt fairly episodic. I really learned nothing new about any of the main characters, and they didn’t have anything happening in their personal lives beyond what was happening to the world at large as the trumpet judgments progressed. I also didn’t so much care for the theological explanation for why God was “allowing” all of these horrible worldwide judgments. It made sense for characters to ask the question, but the explanation the Tribulation Force gave, that God was essentially responsible for all this carnage because He was lovingly trying to draw people to Himself, doesn’t sound like God at all. They did admit that the locusts (associated with Apollyon at the end) were actually messengers of Satan, and God merely protected His own from them. But the emphasis of their explanation was on God’s ultimate culpability, which they twisted into a depraved message of love.

This book is only #5 of a series of 13… it’s possible I might just try to read synopses of the rest of the series. I am still curious how it all ends, who lives and who dies, but I’m not sure I’m curious enough to read another eight books.

Violence: none to speak of (though violent things are happening so I guess there’s not none)