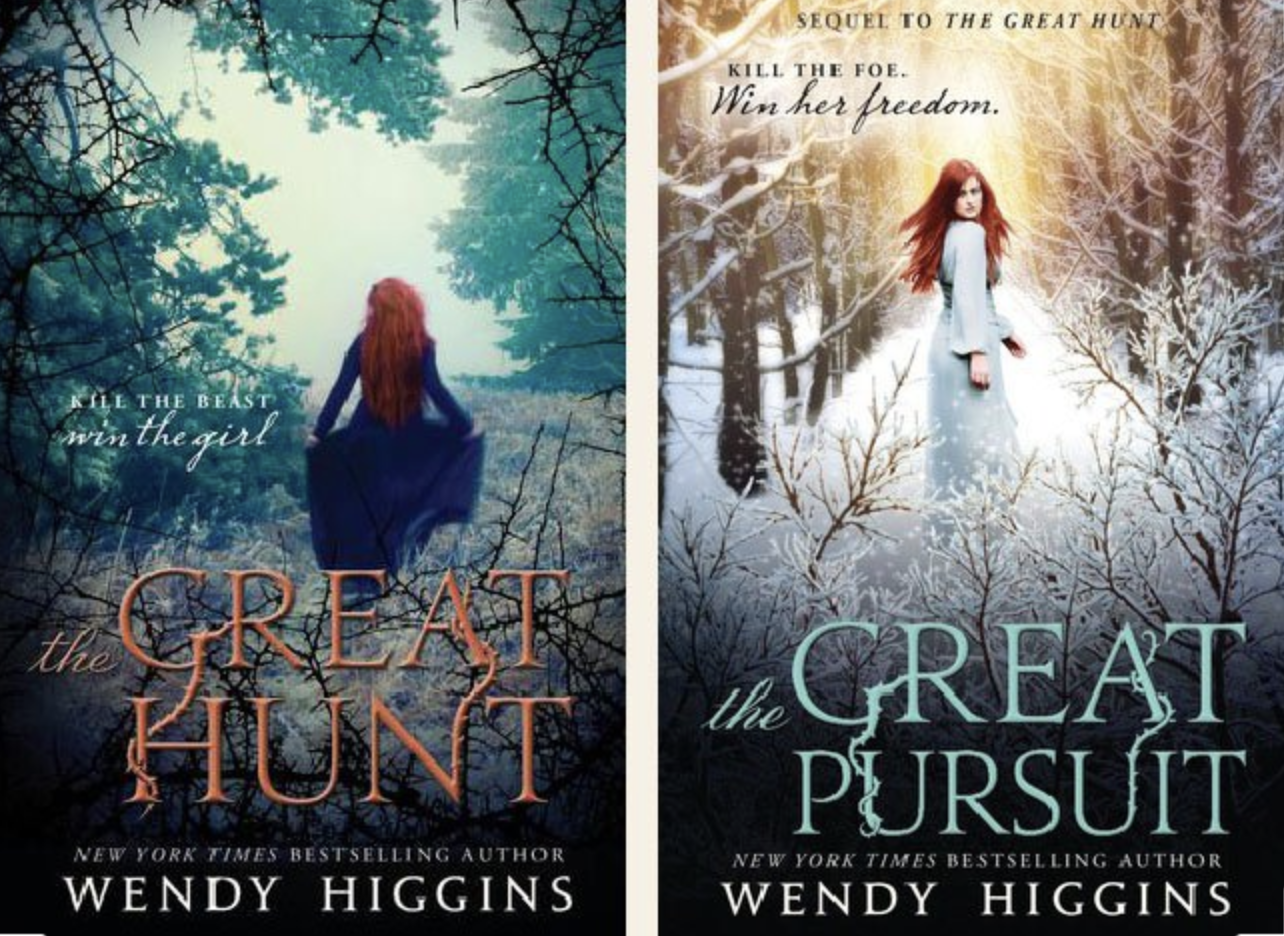 Review of the Great Hunt:

I love Wendy Higgins! While I’ve never yet read a series by her that rivals the “Sweet Evil” series, this was still quite engaging, and I ripped through it quickly.

In a fictional country that’s nevertheless basically medieval Ireland (the words are Irish, the main characters are redheads, and most of the characters are read with Celtic accents), 17-year old Princess Aerity (great name!) is pledged in marriage to any man who can kill the unknown savage beast stalking and murdering their people. Aerity of course had dreamt of marriage for love, but she understands that as the princess, she must do her duty. Men from all over the lands come to join the hunt. In order to inspire the men, Aerity’s father the king wants her to interact with them while the palace grants them hospitality during the hunt. Aerity is immediately intrigued by the hunter Paxton Seabolt (also a great name!), but unlike all the other men trying to curry favor with her, Paxton is distant and almost rude to her. But we later find out that this is because he has a secret.

“The Great Hunt” is a romance with some action–I’m surprised that Higgins managed to draw the hunt out for an entire novel, and yet it didn’t grow tedious. There’s also a fantastical twist: in this nation, magic workers are known as the Lashed, because whenever they work magic, they get telltale purple stripes across their fingernail beds. People fear what they don’t understand, so the Lashed were mostly banished or killed by the time the story starts, with the exception of the royal healer. Any discriminated people will resent those in power, of course–and the storyline of the Lashed and the beast intertwine at the end of the story. The way in which this occurs feels a bit like a cheat though… without too many spoilers, I’ll say it annoys me when the main bad guy turns out to be a character we’ve never even met before. I like to feel like I could have guessed the ultimate outcome because the clues were present well in advance, and in this case we didn’t have the information so we couldn’t have guessed it.

Still, “The Great Hunt” held my interest to the end, and I’m listening to the second in the duology now. It ends, and not on a cliffhanger, but there’s no actual resolution to the characters’ stories in this one.

Review of The Great Pursuit

“The Great Pursuit” jumps right back into the action. At the end of “The Great Hunt,” we last left Princess Aerity engaged to Leif (a rogue whom she doesn’t love), and her Lashed true love Paxton on the run because magic is outlawed. Paxton meets up with other Lashed, and particularly their leader Rosaria, whom we met at the end of “The Great Hunt.” She’s bitter because of the way the kingdom has treated her people, and she doesn’t merely want justice–she wants revenge. She wants her people to rule, and to subjugate all others. And she’s created an army of hybrid magical beasts in order to cow the kingdom into submission.

I think the first half of this book was better than the second half–the action held my attention. But the second half honestly just started to get a little too cheesy and convenient. I’m all for happy endings, but I want them to feel believable. I’m not sure why it instead felt so contrived here–perhaps because everything got wrapped up with a nice neat little bow? I expect there to be *some* casualties, even if it’s just peripheral characters. Or I expect, when venturing greatly, that the main characters will still suffer *some* loss, even if it’s relatively minor. *Some* characters won’t be perfectly selfless. But in this one, that’s exactly what happens: all goodness and sacrifice is richly rewarded, convenient kindnesses early on turn out to be their deliverance in the end. Everyone gets paired up and gets their happily-ever-after. I just wasn’t buying it, and this took me out of the story.

But I still finished the book very quickly. It’s entertaining, and clean for the most part… just not especially memorable.

Sexual content: one, but tastefully done for the most part